Throwback Thursday: Over The Rainbow 2.0

Feeling a mix of excitement and nostalgia as Over The Rainbow, Canada’s longtime denim destination, closed their Yorkville doors and is relocating to a larger retail space in Toronto’s Manulife Centre.

Over The Rainbow was one of FAULHABER’s first clients; and as much as we helped Over The Rainbow grow, they helped us grow. We learnt so much, were introduced to so many people, and built a lot of long-lasting relationships both personally and professionally. When I first met the founder, Joel Carman, I didn’t even have kids yet – it was a lifetime ago. They knew me when, and I knew them when.

Earlier this week I had the pleasure of meeting up with Joel for a guided tour of the new space. It was amazing to see the joy on their faces as everyone scurried around getting everything ready for the media preview that’s happening later today. 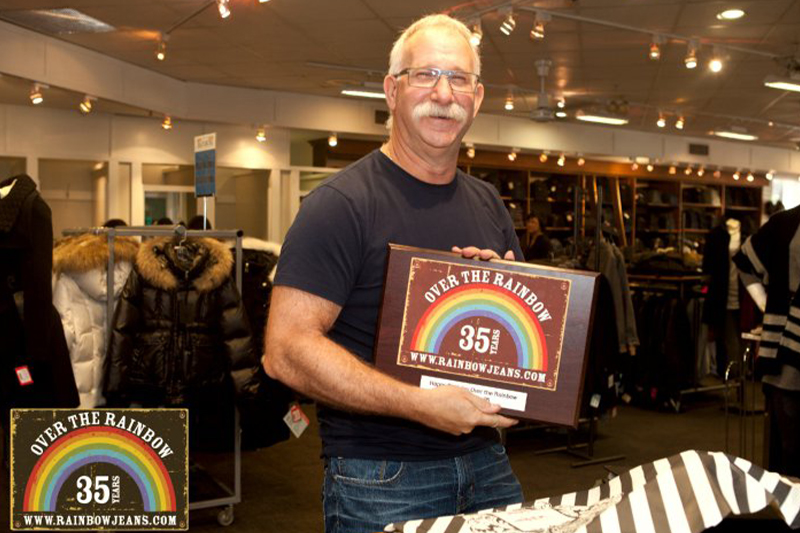 Joel Carman at Over The Rainbow’s 35th Anniversary

When we first started working with Over The Rainbow (over a decade ago), they didn’t even have a website yet, and now they have a very successful e-commerce business. They are one of the last standing epic Canadian brands, and the family-owned business (as Joel’s son and daughter, Daniel and Amy, are both equally involved in the company) is quite the success story.

What I love about their retail strategy is not about a lot of screens, it’s about the organic person-to-person shopping experience. The personal touch that we have always expected from Over The Rainbow is not going to change. We are excited to have been there at the start, and even more excited about where they are now and where we know they will continue to go.

Congratulations to everyone at Over The Rainbow on the new venture!